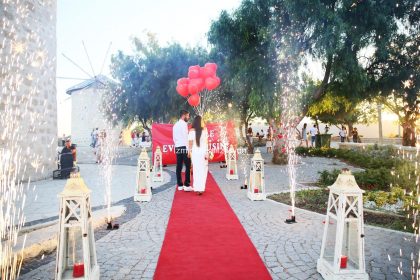 Mr. Mustafa girlfriend Miss Ayşe its relationship with the lady a ring with a single stone shining on behalf of a great marriage proposal to strengthen the organization has entered into research. Especially İzmir Ayşe lady wanted to make a proposal to the organization in a seaside town near the city. 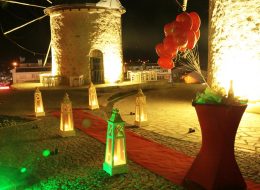 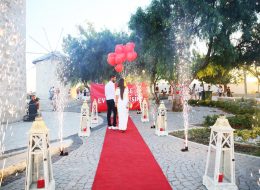 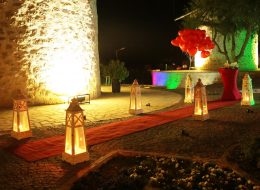 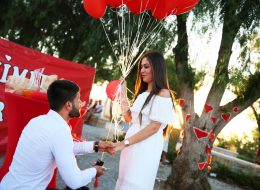 Receiving news from our friend who is in charge of the organization in İzmir, Mr.Mustafa, Ayse said that he wanted to walk around authentic windmills in Çeşme. It was the first day of the new year and Ayşe, who was unaware of all the preparations, started to move towards the organization area with Mustafa Bey.

We designed a romantic concept that we blended in a professional way for our young couple. Our team of experts started their preparations at Alaçatı Değirmenler four hours before the start of the surprise marriage proposal organization. Therefore, our organization responsible was contacting Mr. Mustafaperiodically about the point and time of the organization. The cobblestone road in front of the Windmills has started to be created, symbolizing the marriage path that our young couple will walk together for a long life. The ground volcanoes were then placed between the two lighthouses. The entrance way was completed by laying a red carpet in the middle of the lighthouses placed opposite each other.Mr.Mustafa fine ideas for the organization of Ayşe lady had a touch of this happy day of our friends who prepared the organization.

They added an exquisite decor to the march, adding to the level of sailors’ lighthouses and ground volcanoes, one red bud of roses and red water reflecting the vitality of the roses. They did not forget to sprinkle rose petals parallel to the cobblestone and red carpet. At the end of the red carpet and sailors’ lighthouses, a bistro was placed where Miss Ayşe and Mr.Mustafa will spend time. Our placed bistro was dressed in red fabric and a heart-shaped decor was placed in the carafe with drinks glasses and drinks.

Mr.Mustafa to present to the lady Ayşe silvery rose bouquet was placed in the bistro with special care. Then the giant banner aligned to coincide with the back of the banner,? WILL YOU MARRIED ME? Miss Ayşe was placed upside down to be opened when she arrived. Three ground volcanoes were placed on both sides of our banner to increase the visuality and strengthen the grandeur of the moment. Our oil lamps in our lighthouses were burned and finally all our team members took their places for a lifetime memorable offer. 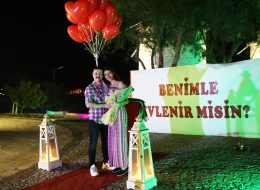 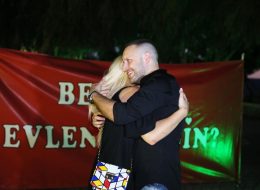 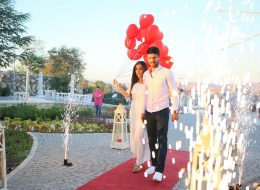 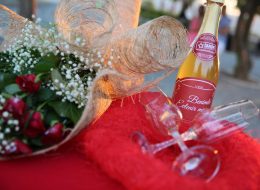 Organization Of Marriage Proposal To Make The Heroes Of Tales Jealous

Realizing that Mr.Mustafa  and  Miss Ayşe were approaching, our team members were present in a professional manner and acted as if all the preparations were made for someone else so that Ayşe could not understand anything until the last minute. Miss Ayşe could not hide her admiration when she saw this romantic preparation which she thought was prepared for someone else. Then the helium-filled balloons filled with heart-shaped balloons to meet our team friend, the organization made for him when he made the surprise of the joy of Mustafa Bey hugged together.

In the meantime, our team of friends, “CAN YOU MARRY ME?” Then Mr.Mustafa  accompanied by the song they chose for themselves on the red carpet as the bistro began to burn the ground volcanoes. It was almost impossible to say the happiness of Ayşe in a fairy tale and finally the big question was coming. Miss Ayşe for the single stone in the hands of the lady who kneeled in the heart of the marriage proposal made by Mr.Mustafa, “YES,” the screaming response was not delayed. Mr. Mustafa presented the bouquet full of roses we prepared for Miss Ayşe to Miss Ayşe and they wrapped their happiness and riveted.

While our young couple sipped their drinks, our professional cameraman and photographer were recording these special minutes as they had done since the beginning of the event. We wish a lifetime of happiness to our couple on behalf of İzmir Organizasyon on the way of marriage which started with an organization like fairy tale. 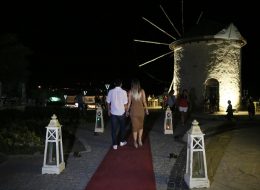 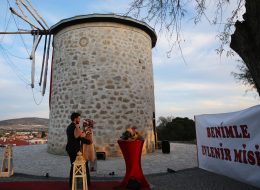 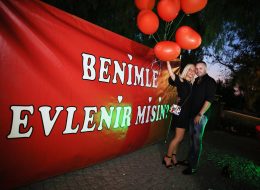 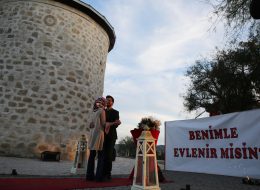 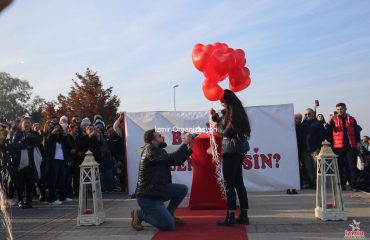 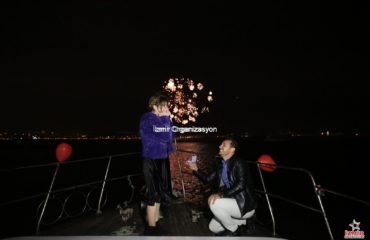 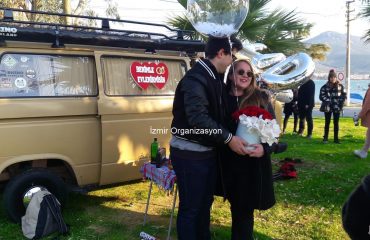