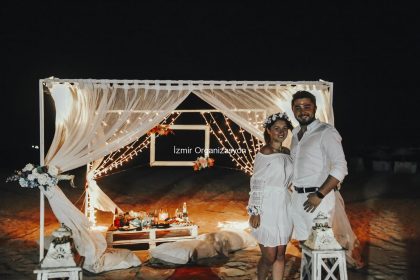 Marriage Proposal Organization at Ayvalık Beach; You know, if you take some great steps, you can catch a sirtaki air. You can almost see the sad stance of the tyrant who mimics the eagle wing with his arms, with his arms squinting… More than that, there are poppy mountains, thyme and olive-scented coconut mountains on your right. Slopes loaded with redbuds coming from the smell of iodine, the smell of iodine dangling their feet into the sea. Ayvalık is an intermediate culture with sofas, bay windows, interlaced embroidered but leaking through the outdated gates. The vast beaches and all the streets do not necessarily come to them. The indispensable sea coast of our wedding proposal organizations…

Mr.Engin called the unique timing of the summer months from İstanbul and imagined a surprise marriage proposal organization with his girlfriend Miss Selin and wanted to combine this fiction with the İzmir Organizasyon Company. We contacted us by telephone and Mr. Engin who took a look at our various organizations and directed us to our web sites. We asked Mr.Engin who asked what kind of marriage proposal he wanted to make in Ayvalık and the contents of the packages we had made before. We talked about our wedding proposal packages like Ayvalık boat marriage organization, Ayvalık wedding marriage organization, Ayvalık restaurant wedding organization, 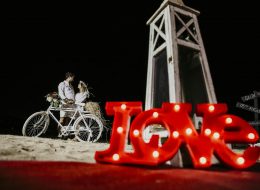 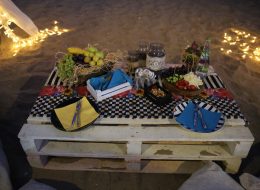 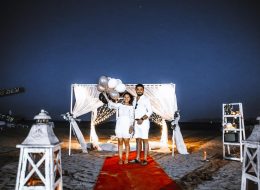 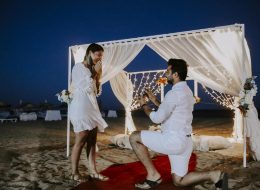 The weather was quite hot and we hit the road about eight hours before the time of the event. The sand was finely built, the entire resort area was abandoned, there was a beautiful silence in awe. Of course the wave sounds and the smell of algae accompany this silence. First of all, a gazebom consisting of white crows was established and fixed to the sand of the beach in Ayvalık. Then, red tulle fabrics were tied to the corners of our gazebom and a decorative appearance was achieved.

After the installation of the gazebo was completed, one surface of the gazebo was decorated with colored ball lights with tiny leds. Later, under the red pike gazebo, Miss Selin and Mr.Engin were placed in a white lacquered coffee table with a different rustic appearance where they would have a pleasant time. In the decor here, instead of chairs, cushions were deployed in order to capture a warm environment. The sound system was then installed at a distance of about twenty meters to the table and camouflaged to avoid image pollution. The sound system cabinets were then placed at a certain distance from the dining table. From the entrance of the beach to the table about twenty meters away, extending to the table, using the colors of red and white straw colors using a metaphoric way. Today the walk path was chosen as the red carpet. This path symbolized the marriage path of our young couple. And the way; mutually placed in the light of the daylight shimmering color is highlighted with oil sailor lanterns. Between both lighthouses, remote ground volcanoes were placed to detonate as our couple walked on this metaphoric path. Fire barrels were placed in order to break the cold air to a small extent on both sides of this road. Signs of the names of our young couple, the date of the organization day and some notes were written and embroidered with photos and crashed on both sides of the red carpet.

Ayvalık beach to be made to ensure the quality of night shots of lighting is placed on certain points of the beach. Then, one of the most important points was the table decor and decoration. Different colored plates, forks and knives were placed. Then chips plates, snack plates, fruit and cheese plates were placed. Table decors in accordance with the concept of romantic marriage proposal organization on the beach; bright red beads, dore tiny red natural stones, red felt decors, sea shells and sea stars. We put the chilled champagne of our couple together with the glasses on the head corner of the rustic table. These decors took place neatly. We adorned the stair decors which are in small white aged colors with Miss Selin’s favorite flowers, red roses, wicker raffia and a decorative look. Romantic jars with waxed inside, wicker outside and tiny lace on the top were carefully placed on their tables. Finally, our red heart-shaped balloons were filled with helium and bound with silver raffia. Now the whole team was ready and we took our places to start the organization. 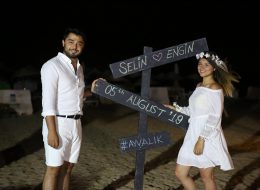 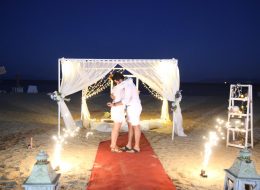 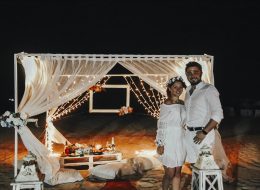 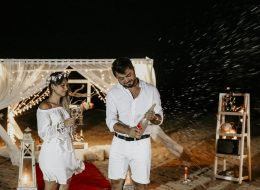 Ayvalık Beach Marriage Proposal Organization, which we have completed preparations for, would be at sunset time.
Mr. Engin said that he would take Miss Selin to a restaurant and make sure that she dressed elegant. In fact, they would eat in a restaurant in the evening and then they would be in the organization area later in the past. When it showed at 20:30, Engin had sent a message to our organizer and informed them that they were coming towards the area. Our team members were in contact with Mr. Engin. Miss Selin in the area they come with the tools to turn off the lights so that we do not notice the details. When they approached us, the music suddenly came into play, and one of our teammates handed the balloons to her.

When he presented him with flying red heart balloons, it didn’t take long for him to realize that the surprise had been made for him. Miss Selin, who seemed very impressed by the surprise, hugged Engin and gave thanks to her many times. Then our young couple walked hand in hand on the red carpet towards their desks. At that moment, Engin Miss Selin turned to the lady and asked the question she had been waiting for so long; “WILL YOU MARRY ME?”. Mystery lady in a way full of incredible emotion and with the power of “YES” said.

Our young couple celebrated this big decision of their lives by blowing up their champagne and enjoying the happiness in the light of the ground volcanoes behind the gazebo, which was decorated with red tulles as they sipped their champagne. We invited our young couple to the dance floor with a slow music. Our young couple’s loving marriage proposal organization has been recording since the beginning of the camera, cameraman and photographer, young couple at their desks at the table by taking occasional images, they will deliver to the couple to collect beautiful data. On behalf of the İzmir Organizasyon team, we wish our young couple a lifetime of happiness. 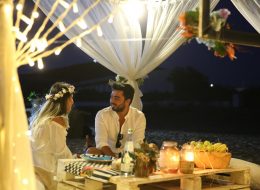 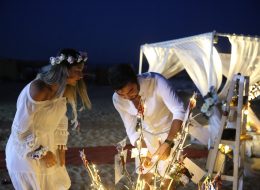 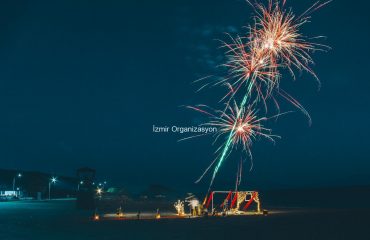 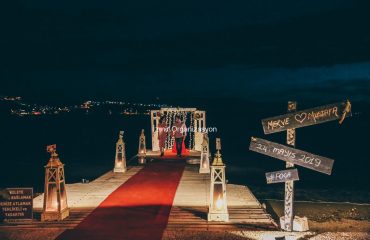 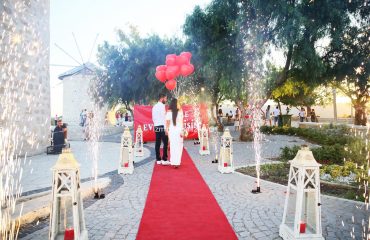